Books I'd Love to Read Again 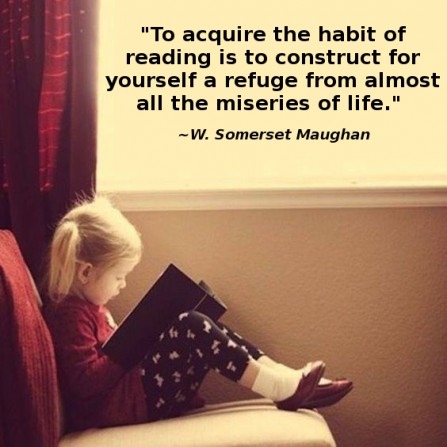 Through Google search, I came across this photo, downloaded it and added the quote on it. If you know the genuine copyright holder of the photo, please let me know so that I can acknowledge him and link my audience to his website.

I have always been an avid reader ever since I was a child. Indeed, a strong case can be made that I passed both my KCPE and KCSE exams not out of natural brilliance but by dint of reading a lot.

As a child, my favourite readings were cartoon books and magazines which my father used to buy for us at home. My favourite cartoons were those published by the Standard newspaper every Sunday in a pull-out magazine. I also loved Tin Tin comics which a classmate of mine at Noru-Moru Primary School owned.

In high school, my favourite books were those in the African Writers' Series which I think were published when African nations were gaining independence in the 1960s, 1970s and 1980s. Among the writers in the series whose books I enjoyed were Ngugi wa Thiong'o, Amu Djoleto and Waruhiu Itote (General China).

Then when I was in Starehe Institute beginning from 2006, I switched my reading focus to computer-programming and inspirational materials. I read books on C++, Java and Visual Basic as well as motivational classics like Jeff Keller's Attitude is Everything and Napoleon Hill's Think and Grow Rich.

And then when I was at the university in JKUAT, I broadened my reading by including memoirs and biographies in my reading repertoire as well as books on American History. I read so much about American history that today, I can rattle off the names of all 20th century American presidents and in the order in which they served.

I still do read a lot. And I find reading richly rewarding. Currently, I am planning to acquire the following books that inspired me in the past but which I either lost along the way or weren't mine at the time I read them:


Before I bid you goodbye, let me share with you the following quote by Frederic Douglass: "If you learn to read, you'll be forever free." Adieu!

***********************
RECOMMENDATION: If you've enjoyed this story of mine on the books I'd love to read again, you might also enjoy another one I wrote on "Lessons I learnt From Books." Just click on that link in blue to dive straight into the story. 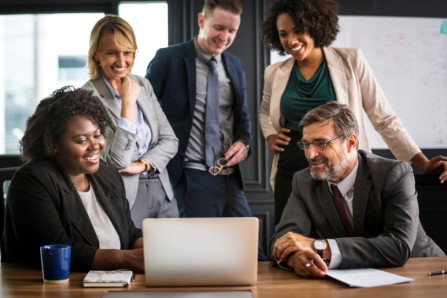 My dear reader, you must have heard of the saying that your health is your greatest wealth, haven't you? Herophilus, the ancient Greek physician, had this to say about about health:

Indeed, health is the greatest blessing. So today, let me talk about an important part of health that I had neglected in the early years of my life. And that's social health.

I grew up as a physically healthy teenager but socially, I was poor. Very poor. I didn't talk to girls at school even though I admired quite a number.

Like there was this girl named Veronicah Kitmet who I have already talked about before in this lovely blog of mine. I used to admire her when she joined our class in 1998 from another school. She became a consistent feature in my imagination because of the way I regularly fantasized myself taking her out for dates.

But you know what? I never got to summon enough courage to greet Veronicah, let alone share stories with her. Whenever I saw her approaching me on the road, my heart would start pounding heavily in my chest; so much that we would walk past each other without sharing a greeting.

Then there was this girl in my neighbourhood called Twitty who used to come for milk from our home every evening for quite some time in 2001 when I was in Standard Eight. I secretly admired her but as in the case with Veronicah Kitmet, I was too shy to bring myself to sharing my feelings with her. Imagine one evening that year, Twitty came when I was all alone at home and I gave her milk without uttering a word to her. How socially poor I was!

I struggled with poor social health well into adulthood. Like in 2007 when I was a first-year student at JKUAT, there was this lass at the university who caught my attention. She was as cute as the dickens. During one Chemistry lesson, I kept looking at her from where I was seated. But when it came to initiating a talk with her, I found myself feeling too shy and nervous to do it.

Yes, I grew up with poor social health in my teens and well into adulthood which was apparent in the way I felt awkward in social gatherings. And I don't know what or who to blame for it. Maybe it's due to the criticism I received at home and at school where I was often compared to my more brilliant siblings. Or maybe it's due to the confusion that people saw in me, especially at Starehe where I had my high school as well as college education.

Whatever the cause, I am gratefully glad to report that I have grown into a socially healthy young man. These days, I love seeing and meeting people when I am in my elements. And I have discovered that the secret to good social health is working on thoughts. When you correct your mind, everything falls into place.